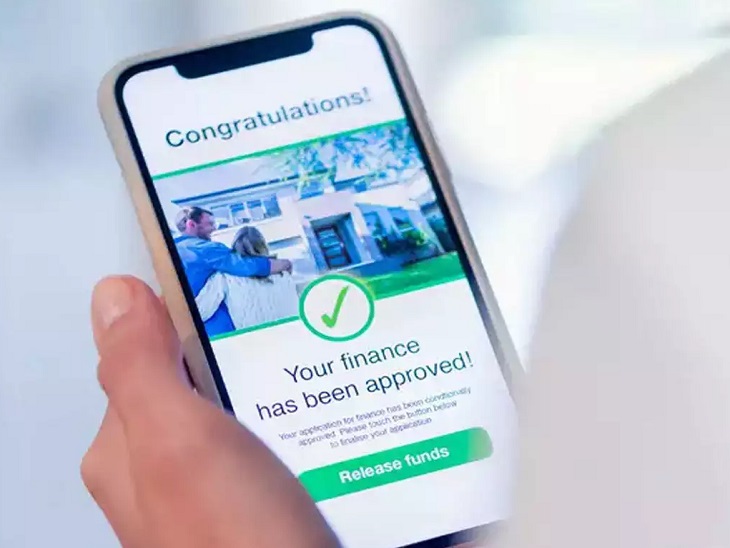 52 dead and Rs 2 lakh crore business…why is the central government not acting?

Amit Yadav from Indore had taken a loan of around three lakh rupees from five Chinese loan apps. They were unable to pay the installments and they constantly harassed them with the loan application. Eventually he was so upset that he poisoned his wife and two children, after which he hanged himself. In the suicide note, Amit wrote for his family that there is no need to repay the loan after death, so you don’t deposit the loan. Don’t disturb my brother and my mother. Amit wrote that he wanted to live longer, but he made a mistake and can’t live anymore. In the end, Amit’s family was ruined with four people.

It’s just a story. The game of blackmail, theft, torture and cruelty played through fake loan apps across the country is horrifying. In the recent past, millions of people in the country have been trapped in the death trap of Chinese apps. Over the past two years, the number of such loan applications has grown to around 1,200 and half of them, or 600, are illegal. According to one estimate, 52 people have committed suicide in the country so far by falling into the Chinese loan app trap.

Regardless of that amount, the real question is at what level is China targeting the Indian people and is the Indian government not aware of it? Maharashtra Police also revealed the fraud of 350 crore through fake loan application. It was also said in this report that the real mastermind of this national fraud is China and some Indians are also involved in this racket.

Maharashtra Police investigated an app named Cash Fawry and said 130 crore was cheated from this app alone. Such a racket was also captured in Delhi. It is common in the disclosure of every racket that the web of such apps is spread all over the country and thousands of people have been trapped there.

The root cause of this web of death is poverty and unemployment. These Chinese applications attract people by offering attractive offers. People in need fall into greed to take loans from them. These apps give people loans and then the game of cheating and blackmail begins. During the KYC of the borrower, all the data from his phone reaches the fraudsters through these applications.

After that, they start blackmailing them through transformed photos, fake videos. They harass and intimidate the borrower by calling him repeatedly. They are blackmailing by threatening to make fake photos and videos go viral. Taking the number of the borrower’s family, friends and acquaintances, they start calling them and create mental pressure. It is difficult to get out of one who is trapped in this trap.

Most of the people who find themselves trapped in their trap are the poor, who are reluctant to ask the police for help for fear of slander. The thugs running the loan app trick these people into lending them money and then charging them up to 50% interest. As the borrower pays the interest, the interest continues to increase.

The terror of the loan application is being talked about in the media all over the country and the news of this “pseudo-attack” from China is continuously published, but the BJP government at the center is asleep. The country’s agencies are engaged in the torture of the opposition and ordinary citizens. Who will answer who gave permission to these bogus companies to run the loan application? Who gave them the freedom to kill people by giving them loans? How does the data of Indian citizens reach them? Why is the government not acting against them? Who protects the business of such killers?

The bigger question is whether 2 lakh crore Indian rupees really reached China through cryptocurrency? If so, what is the government doing? Irresponsibly, the government did not react, deny or specify that we were going to act. Why is the Prime Minister silent on such a big threat? What is the Minister of Finance doing about this financial attack? What are the security agencies and the Ministry of the Interior doing in this country?

On the one hand, China occupies our geographical border, on the other hand attacks our economy through frauds such as loan applications. Thousands of millions of rupees are sent to China through such a domestic fraud and deception enterprise, but agencies like ED are busy targeting the opposition to bring down governments. Now, the time has come for the people of the country to hold the government to account, otherwise it is such a great danger that it may break the back of the country financially.

,The author was the president of the JNU Student Union. The opinions expressed in the article are his own. He can be reached at @KaunSandeep.